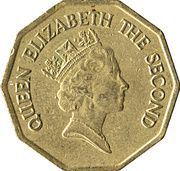 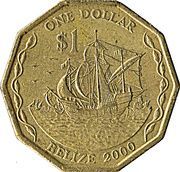 The carrack Santa Maria and in the background the caravels Nina and Pinta, the 3 boats that Christopher Columbus used for his first voyage through the Atlantic in 1492 and the denomination above and the date below