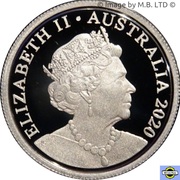 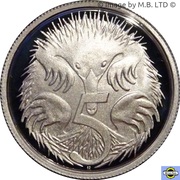 The Fine Silver Proof Set normally includes a, 10 cent, 20 cent, 50 cent, $1 and $2 coin as well as this 5 cent coin. The sets are issued in a presentation case, initially made from wood but recently made from plastic or imitation wood. 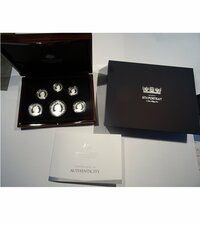 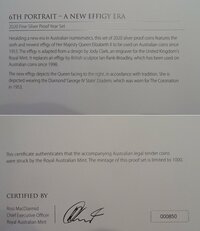 The standard Copper-nickel version of the 5 cent coin which this Silver coin is based on was introduced into circulation in Australia in 1966 to replace the old £sd Sixpence.

Bullion value: 2.69 USD Search tips
This value is given for information purpose only. It is based on a price of silver at 831 USD/kg. Numista does not buy or sell coins or metal.