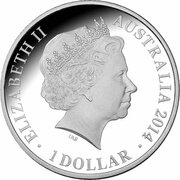 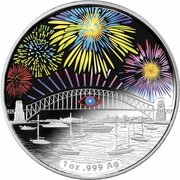 View of the Sydney Harbour Bridge with coloured fireworks, boats in the water under the bridge.