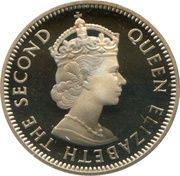 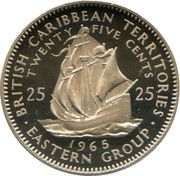 Portrait of Queen Elizabeth II to the right.