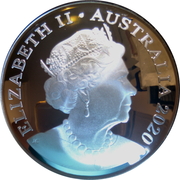 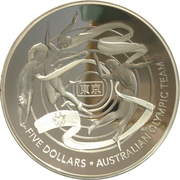 The eyes of the world will be turned towards Tokyo Japan, as leading athletes gather to participate in a range of sporting events at the Olympic Games. The Royal Australian Mint proudly supports the Australian Olympic Team, and this stunning 2020 $5 silver domed coin celebrates our athletes and their individual journeys towards Tokyo.

Bullion value: 28.29 USD Search tips
This value is given for information purpose only. It is based on a price of silver at 910 USD/kg. Numista does not buy or sell coins or metal.