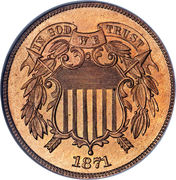 Shield in a wreath and the United States motto

Face value in a wheat ears wreath and country name

The 1864 two-cent piece was the first United States coin to carry the motto, "In God We Trust". 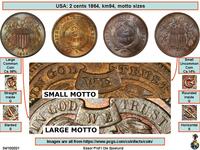 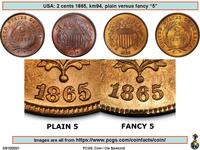 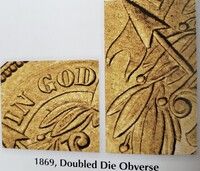