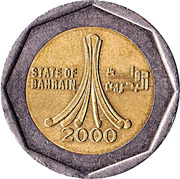 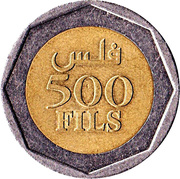 Pearl (Lulu) Monumunt in Manama. State name in Arabic and English and date in English.

Pearl Roundabout or Lulu Roundabout (Arabic: دوار اللؤلؤة)‎ was a roundabout located near the financial district of Manama, Bahrain. The roundabout was named after the pearl monument that previously stood on the site and was destroyed on March 18, 2011 by government forces as part of a crackdown on protesters during the Bahraini uprising (2011–present).
The Pearl Monument previously stood in the center of the circle, having been erected in 1982 on the occasion of the third summit of the Gulf Cooperation Council, which was hosted by Bahrain for the first time in Manama on November 9–11 of that year.