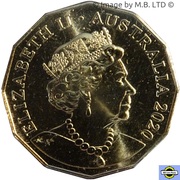 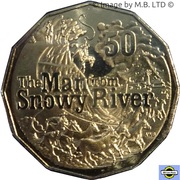 The Man from Snowy River

Released by the RAM is this Aluminium-bronze 50 cent NCLT coin commemorating the Treasured Australian Poetry of Australia’s beloved bush balladeer, Andrew Barton ‘Banjo’ Paterson. It is issued in a coincard either singly or as part of a three coin set. The coin depicts his classic poem The Man from Snowy River 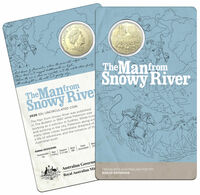 The Man from Snowy River was published in The Bulletin in 1890 while Paterson was working as a solicitor in Sydney. While living and working in the city, Paterson along with many other urban Australians dreamed of a life of adventure, and the romance of the Australian bush.
https://banjopattersonhomeworkstage3b.weebly.com/

Waltzing Matilda and Clancy of the Overflow coins are also available in the series and are part of the three coin set.