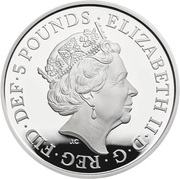 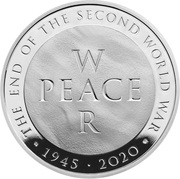 75th anniversary of the end of World War II

Central inscription with legend and dates around.

Lettering: THROUGH COURAGE AND ENDURANCE

Issued to commemorate the 75th anniversary of the ending of World War II, the design was also struck in copper-nickel, silver proof and gold proof. Issue limit: 565. 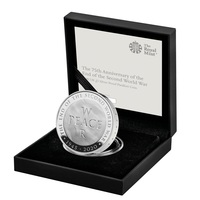 Bullion value: USD 39.60 Search tips
This value is given for information purpose only. It is based on a price of silver at 757 USD/kg. Numista does not buy or sell coins or metal.