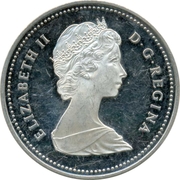 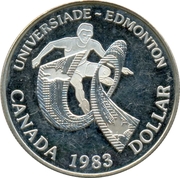 Edmonton University Games logo with a running athlete, date and value below.