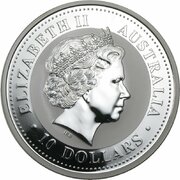 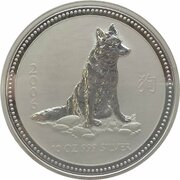 An Alsatian Dog sitting and staring, and the Chinese character for dog to the right.

This is the colourised version of the coin. 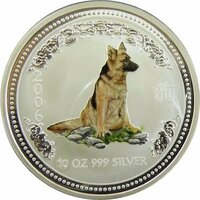