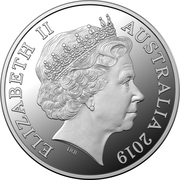 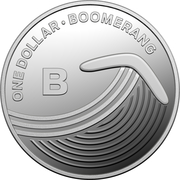 Depiction of a Boomerang flying under a large letter B.

Lettering:
ONE DOLLAR
BOOMERANG
B 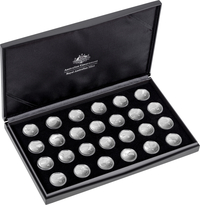 This coin is the Letter "B" for Boomerang. The classic Boomerang is a treasured link tomany generations of indigenous history and an enduring symbol of resilience. Boomerangs are skilfully engineered,beautifully decorated and play a key role in Aboriginal mythology, known as "The Dreaming". Boomerang throwing is a popular pastime and sport in Australia