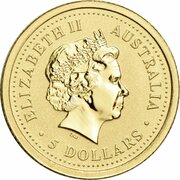 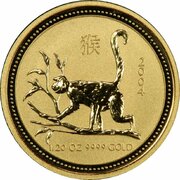 Monkey walking to the left along a tree branch, Chinese character for Monkey above. 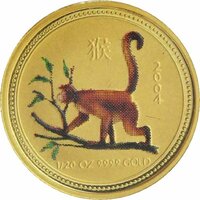