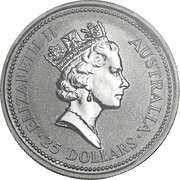 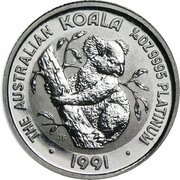 Issued as a Proof coin in a Five Coin Set in 1990
Issued individually as a UNC Bullion coin in 1991.