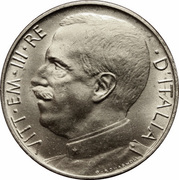 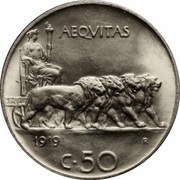 Portrait of King Vittorio Emanuele III in uniform facing left. Lettering around edge, name of the engraver near the rim, on the uniform.

Giovanni Romagnoli was an Italian painter and sculptor. He trained at the Academy of Fine Arts of Bologna, and specialized in painting female nudes inspired by 19th century painters such as Tranquillo Cremona.

Female figure holding a torch (representing Justice) on a chariot carried by four lions going right. On the chariot the initials of the author and name of the engraver. Lettering above; date, mintmark and value below exergue line. 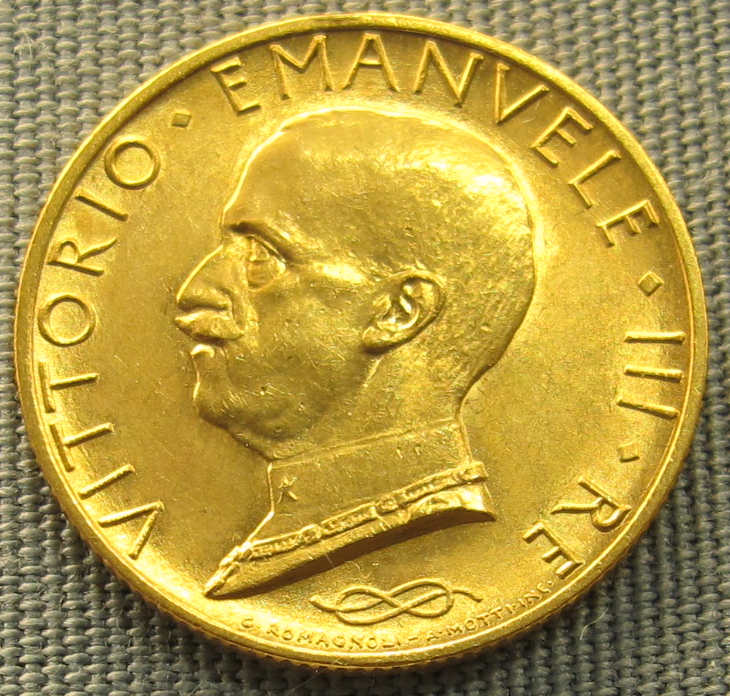 Attilio Silvio Motti (1867, Alessandria - 1935) was an Italian sculptor, engraver, and medallist. He trained at the Academy of Art in Nice, and taught engraving at the School of the Art of the Medal in Rome. He was chief engraver of the Italian Mint from 1913 until his death.

Years from 1926 to 1935 have been minted for collectors only and had no legal tender.