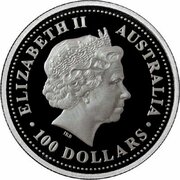 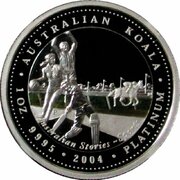 Issued as part of a 5 Coin Proof set. This coin has not got a Koala on it. The other 4 coins in the set have got a Koala on them.
This coin was also issued individually.