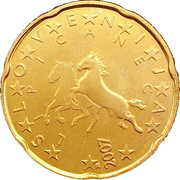 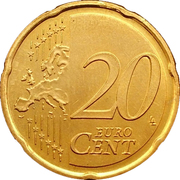 A pair of Lipizzaner horses, accompanied by the legend 'LIPICANEC", encircled by the twelve stars of Europe representing the European Union alternating with the letters of the word "SLOVENIJA"

A geographical map of the European Union accompanies the face value. 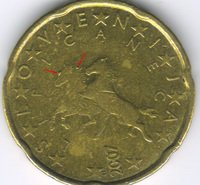