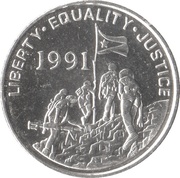 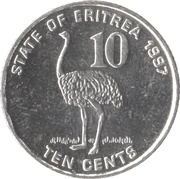 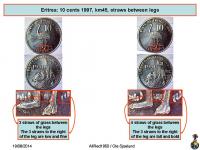 The comment should be deleted. It represents the different stages of weak strikes. Such weak strikes are very common nowadays, for we started to make coin from steel - very firm material, the dies wearied out of use very quickly and coins degradation is easy to observe.

During the usage of the dies, detalis vanish one by one. Here for example the grass to the right of the legs on right side of the image is already short. Then the die was in use further, the details continued to become finer and finer and the coins of the left side of the image, suggested to be deleted, were struck.

This process brings to differences, that are not varieties: you may find as many coins in between as you wish as well as many before and after the presented stages of die destroying.