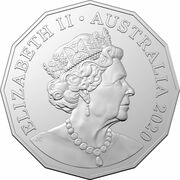 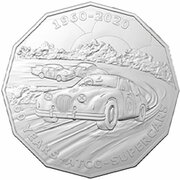 Depiction of an XK Jaguar racing in the very early years of motor racing.
Two other cars close behind.

This NCLT coin was released by the RAM only as part of a limited edition metal box set of 60 Years of Supercars 50 cent coins. 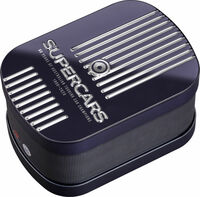 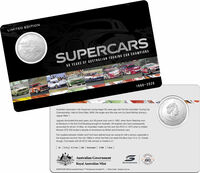