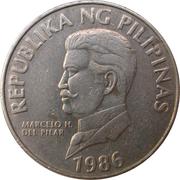 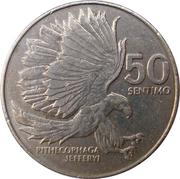 Monkey-eating eagle (Pithecophaga jefferyi) attacking to right. Face value to the right and scientific name below. Threatened by the destruction of forests, it has become a national symbol. 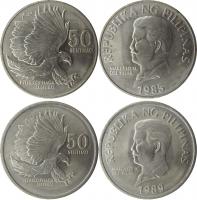 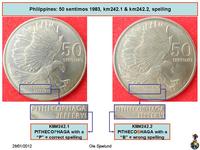