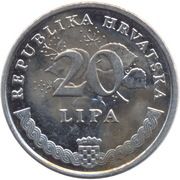 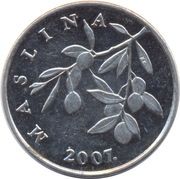 A stylized linden branch in inflorescence and the value in numerals on the leaves in the center with the word "LIPA" underneath with the country name above, along with the Croatian coat of arms at the bottom of the coin in between old Croatian braided ornaments.

An olive branch with fruits in the center and the name of the plant to the left around the rim, date at the bottom of the coin, the signature on a right leaf. 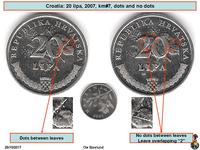