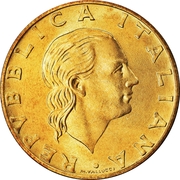 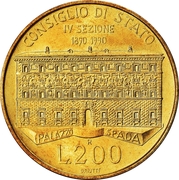 100th Anniversary of the IV Section of the State Council

View of the facade of Palazzo Spada with its name incused in its foundations. Below mintmark, value, and name of the author on three lines. Above the building are the dates of the anniversary.