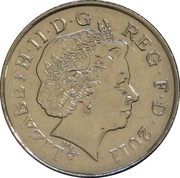 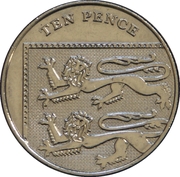 Upper left section of the Royal Shield of Arms, denomination to upper segment.

Introduced in 2008 when the small coinage designs were changed from the Emblems of Britain to the Royal Shield of Arms.