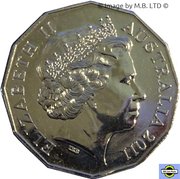 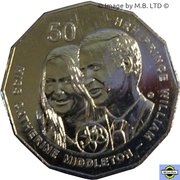 Portrait of Prince William and Kate Middleton
Rose in circle below

Australia Post also released the 50 cent coin in a PNC.

A Fine Silver (.999) Proof version of this coin was released in a two coin set.