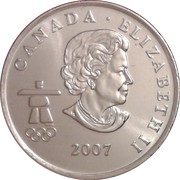 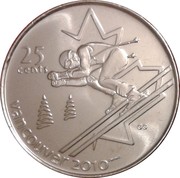 The portrait in right profile of Elizabeth II, when she was 77 years old with her name to the right and the logo of the XXIst winter Olympic games to the left along with the date below her bust