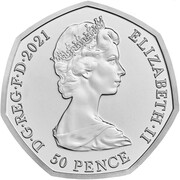 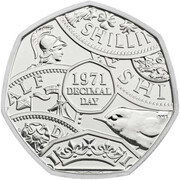 Issued as part of the Annual Proof and Brilliant Uncirculated sets for 2021, the coin features the Arnold Machin second obverse portrait, which appeared on the new decimal coinage in 1968, and the individual issue features the Jody Clark fifth portrait. This coin was also struck in silver proof, silver piedfort and gold proof. Proof issue limit: 9,500. 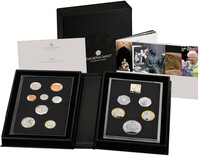 A member of this site wants to exchange it: Sadoldbag64