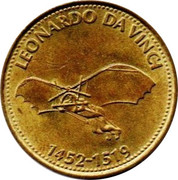 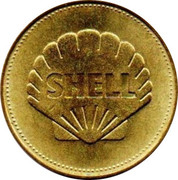 In 1969 Shell Oil launched the 'Man In Flight' promotion in several countries outside the United States. When customers filled their tank at a participating Shell gas station they received a packet containing a Man In Flight coin. These coins were part of a collectible set but it was not a game and there were no prizes offered. Shell issued mounting boards for the coins which were designed to inspire their customers to return over and over to try to complete the set.

The coin sets commemorated man's achievements with flight throughout history. Some countries received sets with 20 coins, while other countries received sets with only 16 coins. The 16-coin sets simply had four of the coins intentionally omitted. The coins were struck in both bronze and aluminum, and were produced both in round versions and 12-sided versions. This created quite a few varieties. Millions of each variety were produced and they are all fairly easy to find today.