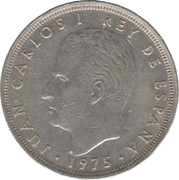 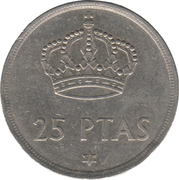 Portrait facing left, lettering in Spanish around outside, date below

Plain with lettering in relief

Translation: One, Great and Free