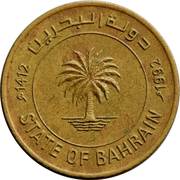 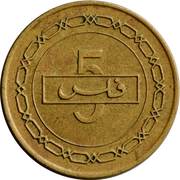 Numeric denomination back of boxed denomination within circle Surrounded by Chain border.
In the rectangular denomination box, The Last letter of the word "فلس" is written in Stylized Arabic.