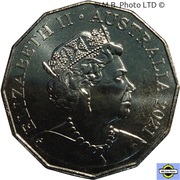 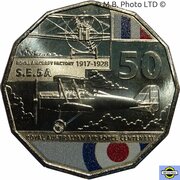 Front and side view of a Royal Aircraft Factory S.E.5A Biplane. Red White & Blue markings above & below. Denomination to the right. 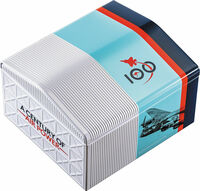 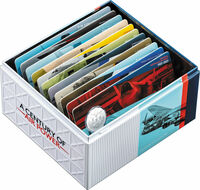 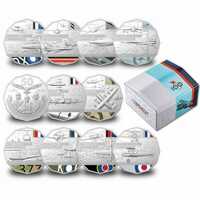 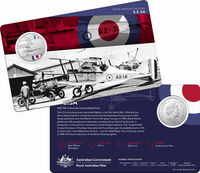