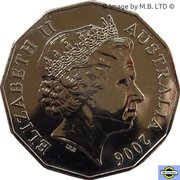 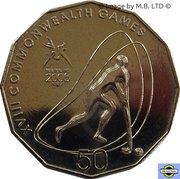 This NCLT Copper-nickel 50 cent coin was issued by the RAM to Commemorate the 2006 Melbourne Commonwealth Games. This coin celebrates the sport of Hockey. It was released in a coincard. 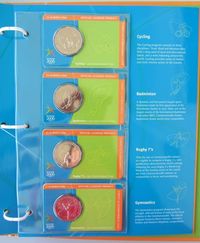 In addition this Hockey coin was included in a four coin Australia Post booklet set with coins for Cycling, Athletics and Aquatics.