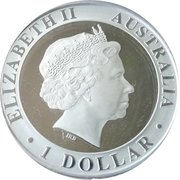 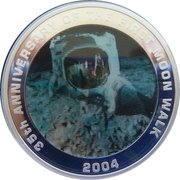 Inner circle with 3 different lenticular images of the Moon Exploration

Released by the Perth Mint this Fine Silver (.999) Proof coin holds a lenticular image on the reverse side that when turned shows 3 different Moon related images. 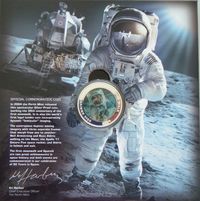 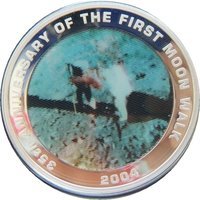 Bullion value: 26.74 USD Search tips
This value is given for information purpose only. It is based on a price of silver at 861 USD/kg. Numista does not buy or sell coins or metal.