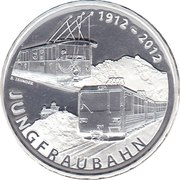 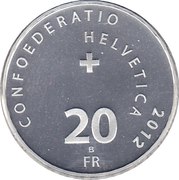 Each year, more than half a million people visit the Jungfraujoch – Top of Europe from where they admire the breath-taking view over the immense sea of ice of the Alps, the huge Aletsch Glacier, as well as the peaks and ridges of the mountain massifs. This is made possible by the 100-year-old Jungfrau Railway. First envisaged in 1893 by the Zurich industrialist Adolf Guyer-Zeller, it is regarded as the pioneering achievement among mountain railways. The Jungfrau Railway, which was powered by electricity from the outset, came into service all the way from Kleine Scheidegg to the Jungfraujoch in 1912. It conquers the 1400 metre climb in a journey time of around 50 minutes. The mountain station consisting of two rock caves at an altitude of 3454 metres is the highest railway station in Europe.

The most important section of the line is the 7 km long tunnel through the Eiger and Mönch mountain massifs. The Eigerwand and Eismeer intermediate stations are caverns blasted out of the rock providing an exceptional view out from the mountain and down into the valley. The sections to Rotstock, the Eigerwand viewpoint and the Eismeer viewpoint were opened in 1899, 1903 and 1905 respectively.

A member of this site wants to exchange this coin: batz

Bullion value: 9.67 USD Search tips
This value is given for information purpose only. It is based on a price of silver at 579 USD/kg. Numista does not buy or sell coins or metal.