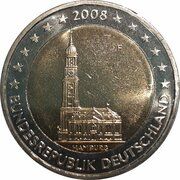 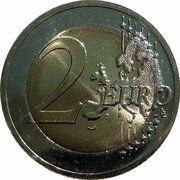 The coin depicts the baroque church of St. Michaelis, or “Michel” as it is popularly known. It is a symbol of the city and federal state of Hamburg, as the inscription below the image indicates. The year of issue, 2008, the 12 stars of the European Union and the words ‘BUNDESREPUBLIK DEUTSCHLAND’ appear on the outer ring. The mintmark is shown in the upper right part of the coin. 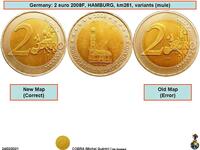