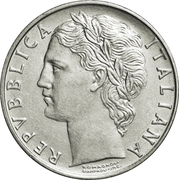 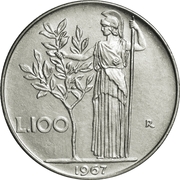 Female head with laurel wreath facing left, dividing the country name on both sides. Names of the designer and engraver below.

Goddess Minerva facing left reaching an olive tree with her raised right hand while in the left holds a long spear. Value at left of olive trunk; mintmark at right of the Goddess. Date below, in exergue. 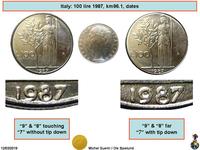