In 2012 The RAM released this stunning Hyper Metalic UNC coloured coin as part of the Annual Year Mint Set. The colours accentuating beautifully the Australian Coat of Arms. 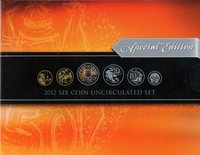 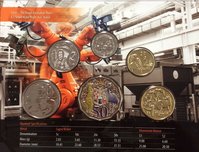 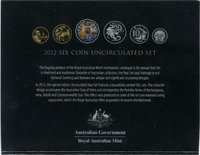 The coin was also included in limited release coin sets at the ANA Boston Coin Fair and the Berlin World Money Fair (WMF).

The Proof Set for 2012 featured a Gold Gilt plated version of the coin.