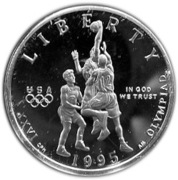 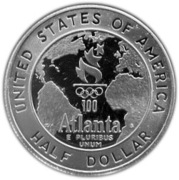 The obverse of the coin depicts three young basketball players competing in the Olympic Games.

Members from this site want to exchange it: codypbann, tolnomur