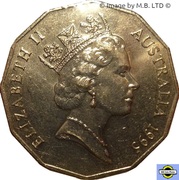 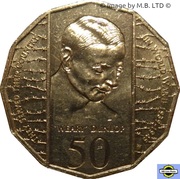 50th Anniversary of the end of World War II

Bust of Dunlop in the centre, value below, framed by barbed wire

1995 marked the 50th Anniversary of the end of WWII. It was at this time that Australian Prisoners of War (POW's) being held by the Japanese were released. This coin was released into circulation by the RAM to commemorate the life of Sir Edward "Weary" Dunlop and his extraordinary spirit and the measures he took to unselfishly help his fellow soldiers and patients while being held as a POW. 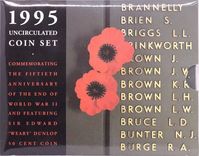 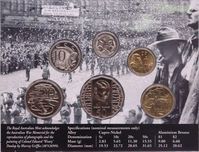 The coin was also released in 2003 (but still dated 1995) as part of a dual Coincard set that included a Token that was commemorating  the Australian Army Medical Corps Centenary. (See link) 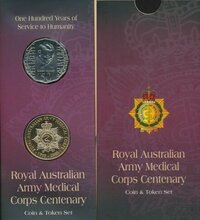