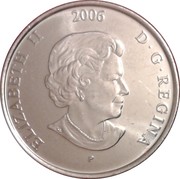 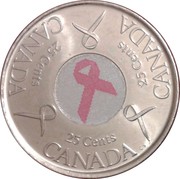 The portrait in right profile of Elizabeth II, when she was 77 years old and the date above

The coin is minted as medal alignment, but the colorized ribbon on the reverse shows different alignments, supposedly for being added after the strike, there is not a fixed orientation. Some examples: 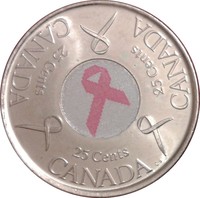 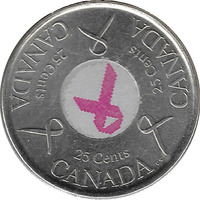 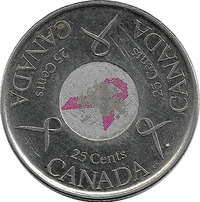