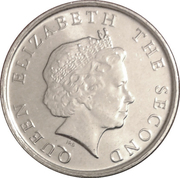 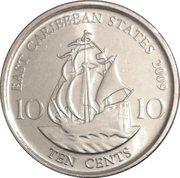 The "Golden Hind", ship of Sir Francis Drake (1542-1596), corsair and English explorer. Value right and left, and below in letters