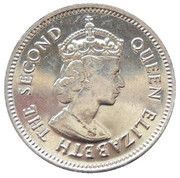 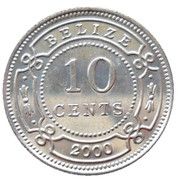 Denomination within circle, date below