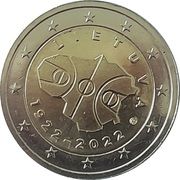 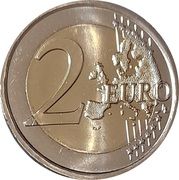 100 years of Basketball in Lithuania

The national side of the coin depicts the contour of the map of Lithuania arranged as a basketball court in the centre, which signifies that basketball has been played in Lithuania already for 100 years. The coin also features the inscriptions LIETUVA (Lithuania), 1922-2022 and the logo of the Lithuanian mint, its manufacturer, arranged in a semi-circle around the centre. The coin’s outer ring bears the 12 stars of the European Union flag.

» Buy coins from Lithuania at eBay