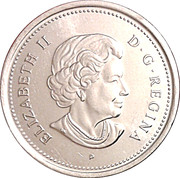 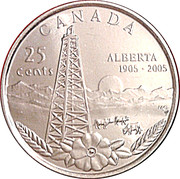 A design, which represents the province of Alberta, is accompanied with the face value and the legend "ALBERTA 1905-2005" and surrounded with the inscription "CANADA"