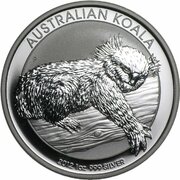 Adult Koala sleeping on the branch of a eucalyptus tree.

Following the release of the 2011 Koala Berlin Bear privy coin, the Perth Mint introduced the second privy marked coin to commemorate the 2012 World Money Fair (WMF) in Berlin. The small bear privy design represents the Berlin coat-of-arms, which is the German symbol of its capital-city state. Mintage of this coin was limited to 32,361. Along with the coin issued the previous year, these two varieties represents the only two Berlin Bear privy coins in the Koala series to date. 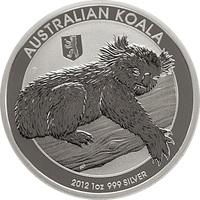 This is the coloured version.

This is the Gilded version 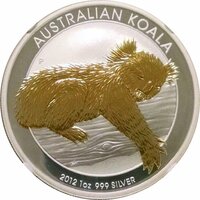 There is also a Proof High Relief version as well. (See link)