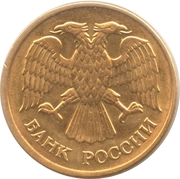 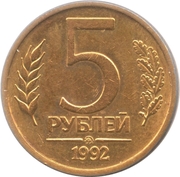 You will find the double-headed eagle in two different design like below: 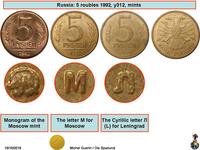 » Buy coins from Russia at eBay