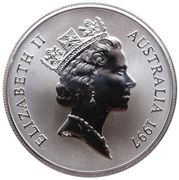 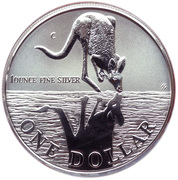 Kangaroo drinking with reflection in water.