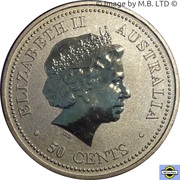 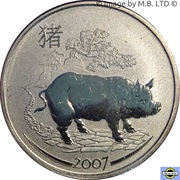 Chinese symbol for Pig above trees.
Large Pig below.

Struck by the Perth Mint but issued exclusively by Australia Post in a PNC issued 9/1/2007.