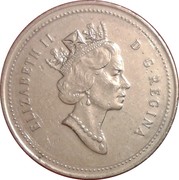 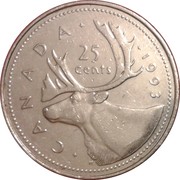 A caribou with the denomination above, the date to the right, and the country name to the left

On the reverse, rim denticles were replaced by beads from 1993 and after.