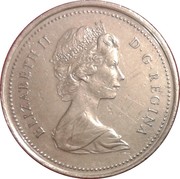 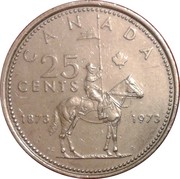 A mounted RCMP officer is surrounded with the face value, the inscription country name at the top, and the dates "1873" and "1973" on both sides 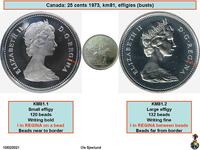