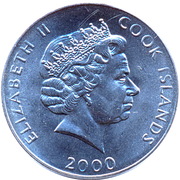 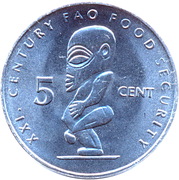 Head with tiara right, date below